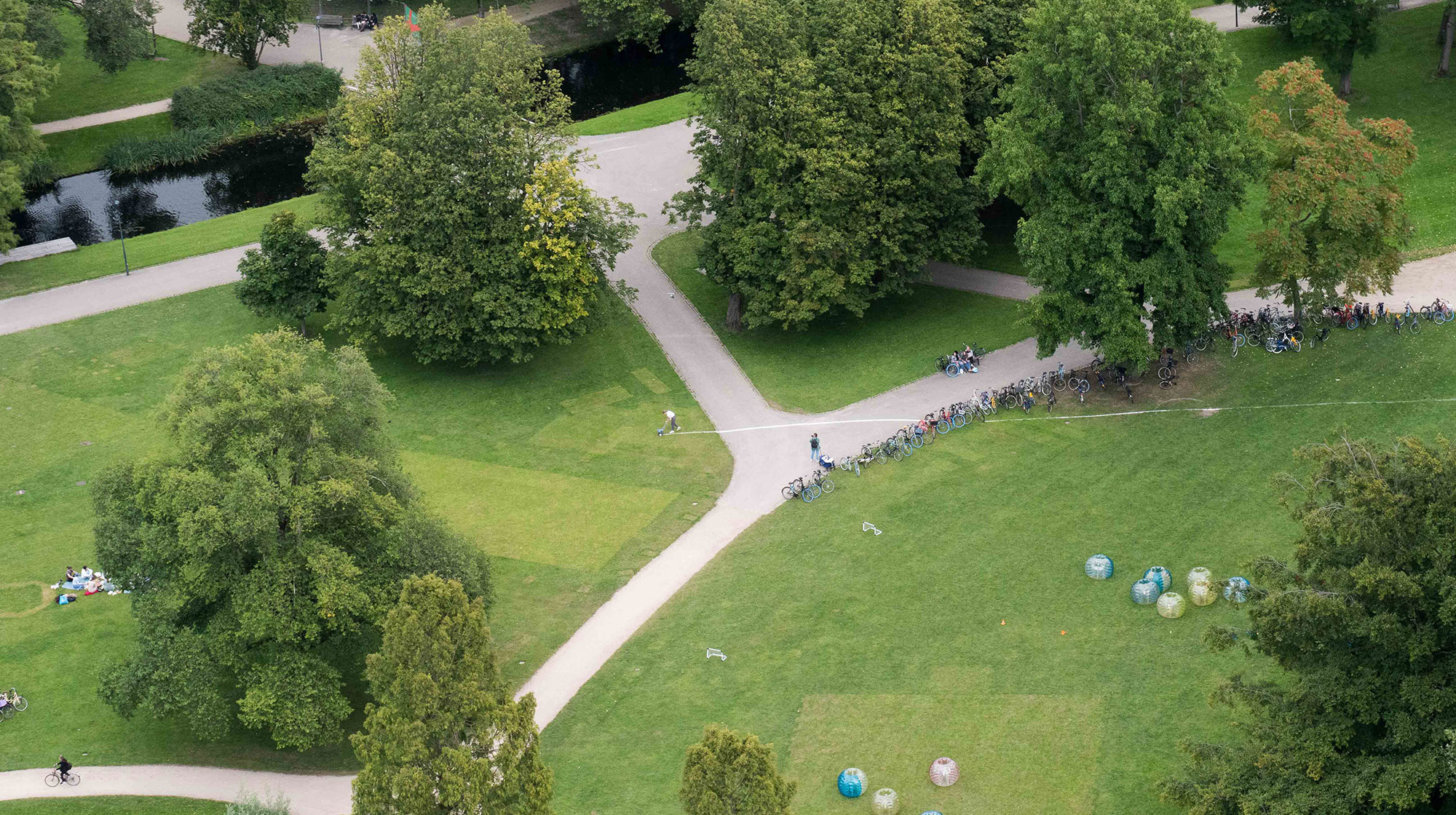 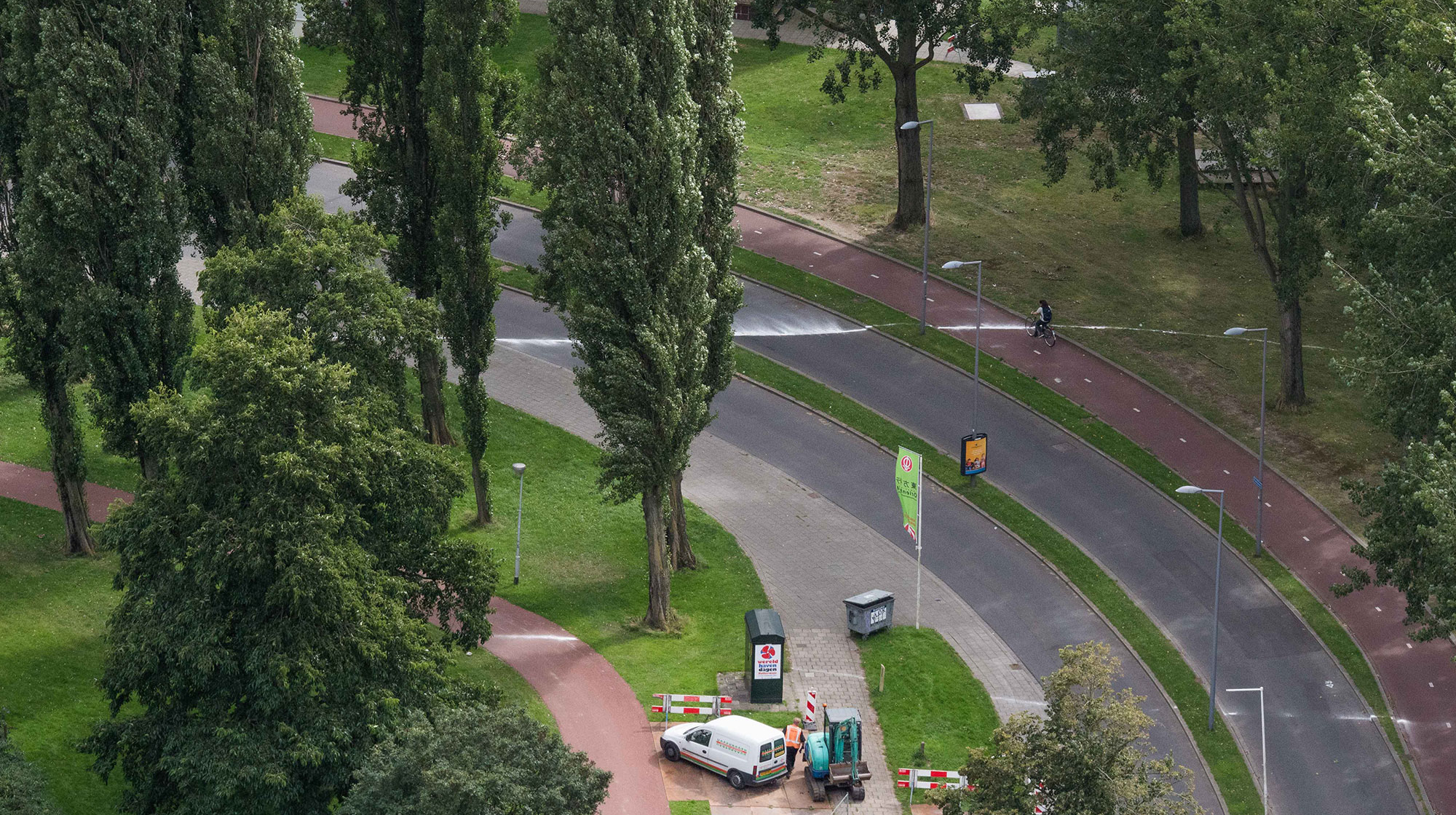 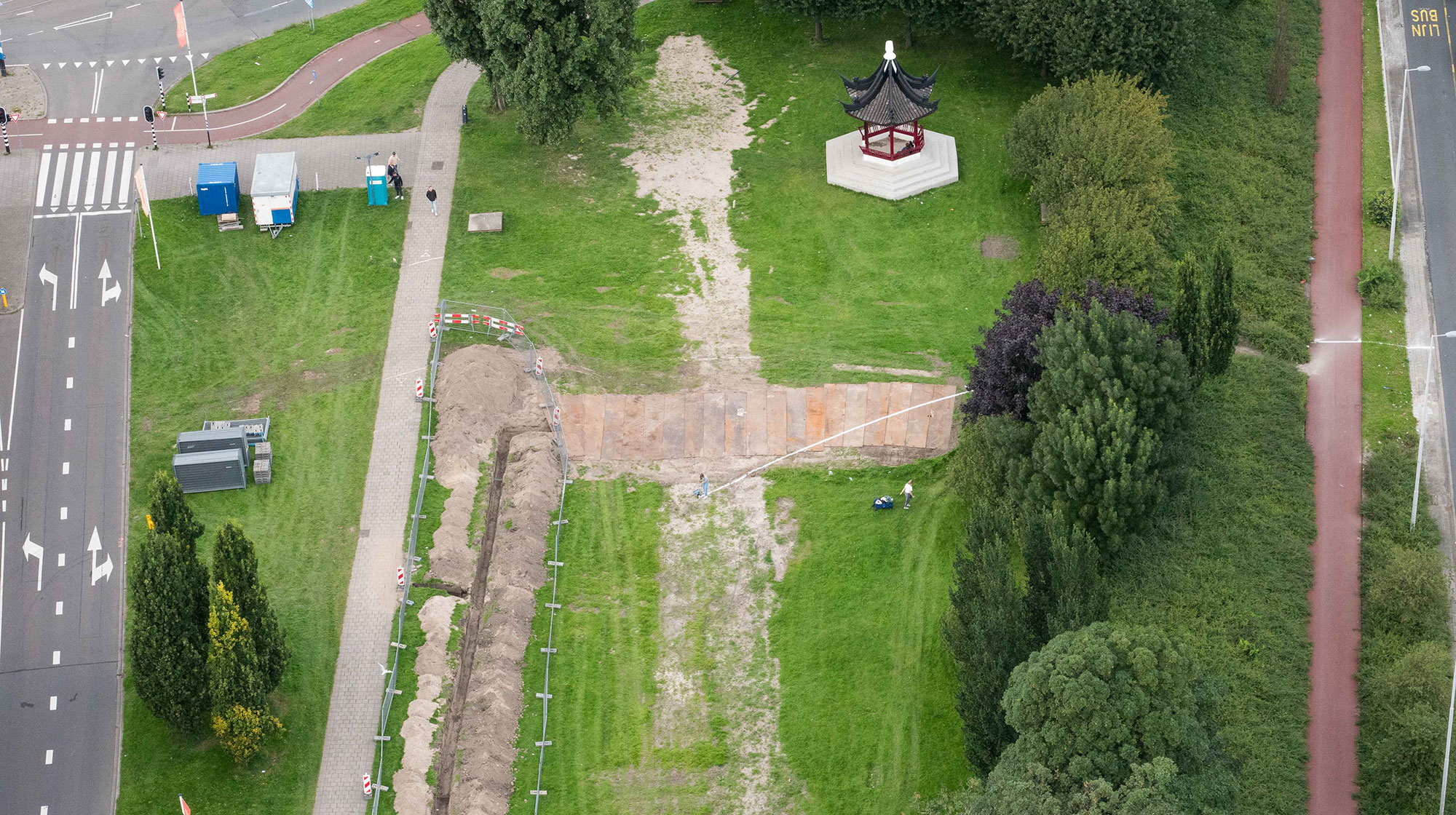 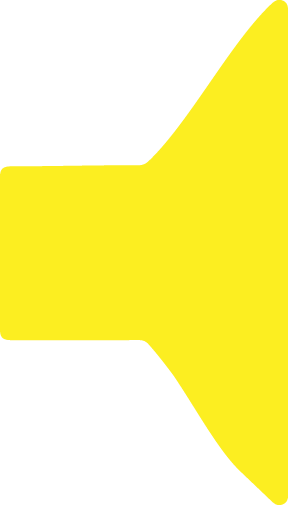 51°54’18.5”N / 4°27’59.3”E
51°54’18.5”N 4°27’59.3”E
Rotterdam’s Euromast sits within a constellation of three national monuments, the other two being Het Park and the Maastunnel complex, which runs under the Maas River to connect the north and south of the city. The area surrounding the Euromast is currently public space, however in the last two years this area has become a contested site due to a proposal that could see the development of eight high-end apartment blocks. If built, these developments will essentially close off the connection between Het park and the Euromast and will also provide a metaphorical roadblock to the Masstunnel. In order to allow for the building plans to go ahead, the area zoning had to be changed from public/green space to residential/privately-owned space—a shift in zoning rules that will have to be contested in court.

Ilke Gers’ project aims to draw attention to this contested area and the way so-called public space can be defined and is allocated certain uses, ones which subsequently remove it from the public sphere. In drawing a chalk line in loop around the area in question, Limelight points to the systems that determine how space is used and developed. Usually used to mark out and delineate the rules and boundaries of sporting fields, chalk lines also refer to road markings that direct movement and behaviour as well as the more recent Covid-19-driven temporary markings that regulate the flow and distance between bodies in public spaces. Historically speaking, chalk was also utilised as a form of stage lighting before the advent of electrical lighting—with stagehands directing a flame at a cylinder of quicklime (a product of limestone, just like chalk) to generate a white burning light that would then illuminate the performance—further highlighting its composition as a material that draws attention.

While the entire chalk loop will not be completely visible from any one point, it will be viewable in parts from different perspectives—whether as pedestrians, visitors to Het Park, motorists and cyclists, or when viewed from above while up the Euromast. Passing through walls, bushes, over water and roads, the loop will cross over different areas, zones and surfaces, touching on the various contexts and elements that together make up an environment and which in turn determine how access is mediated by the invisible regulations that govern the city.

Click the coordinates to see Ilke Gers’ work on a map.
Previous
location
Next
location