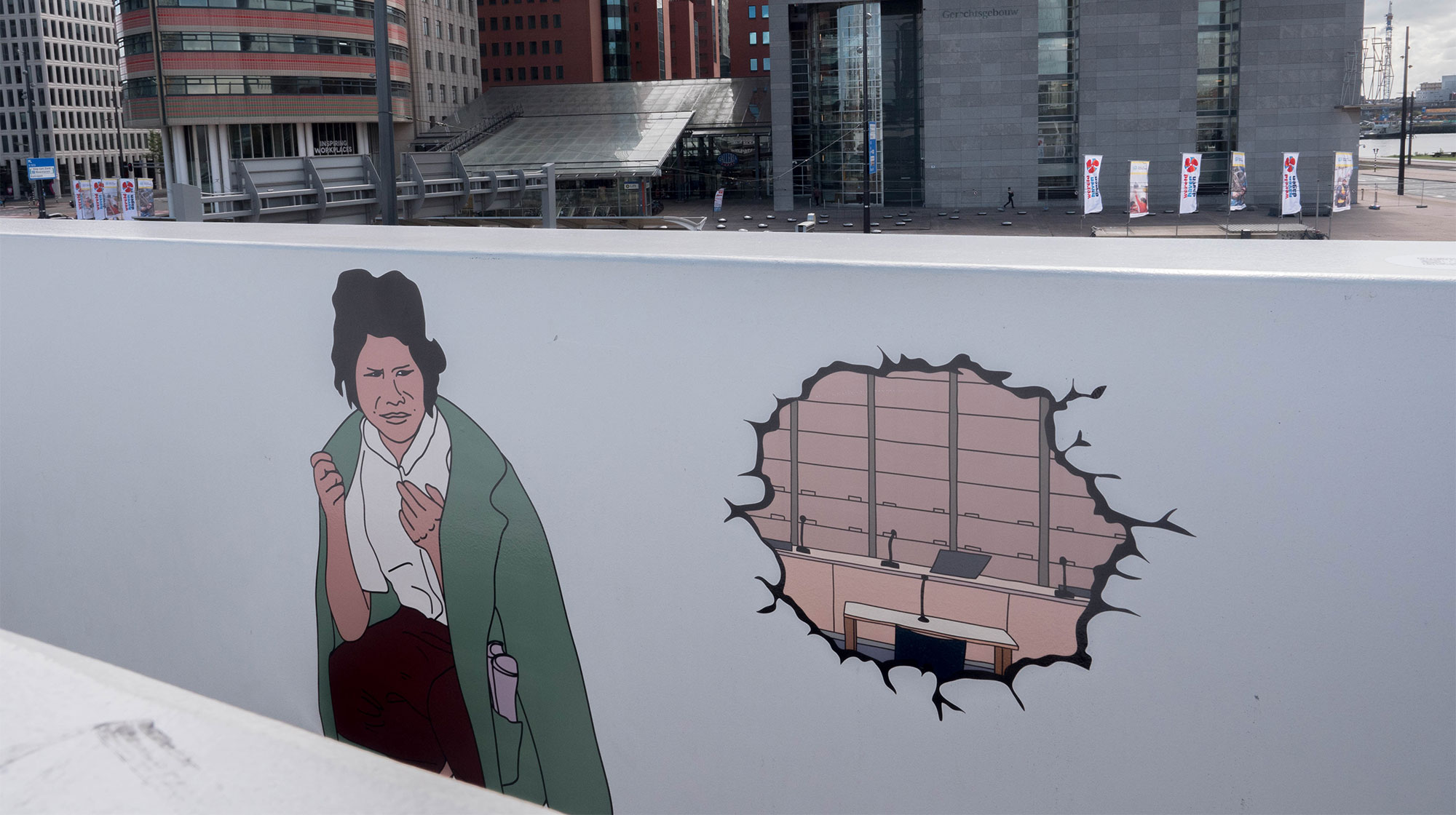 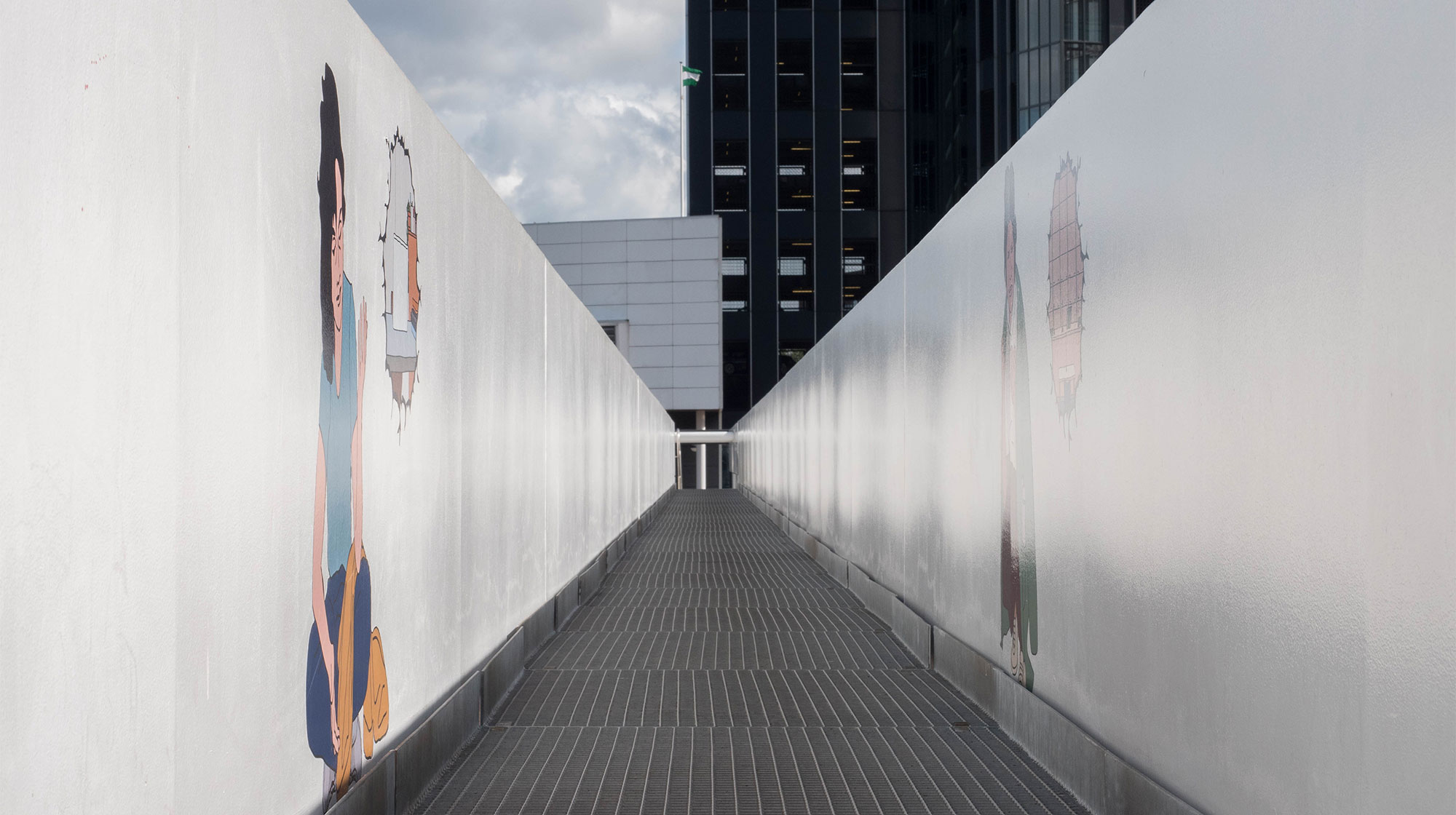 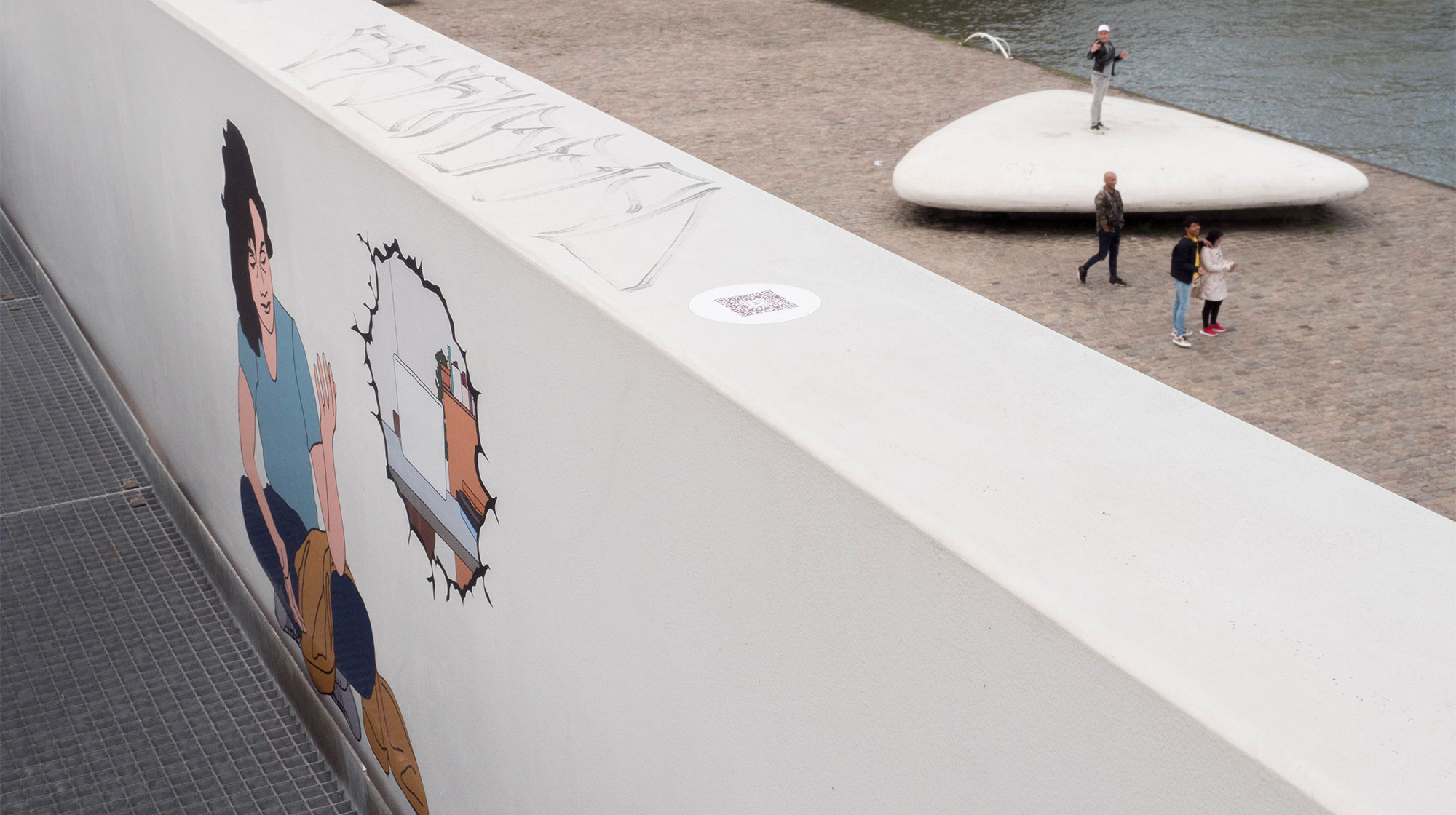 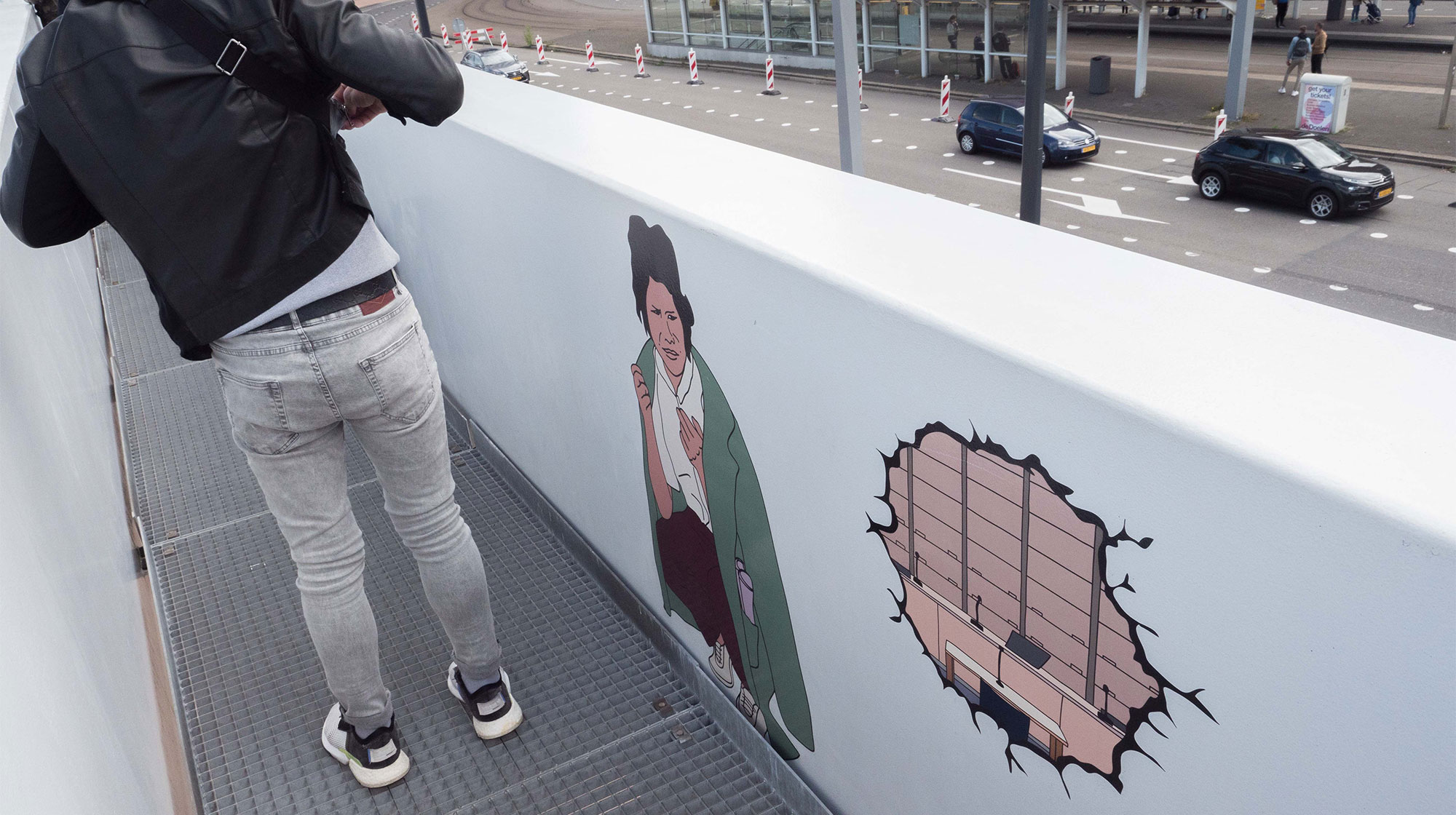 51°54’28.3”N / 4°29’25.8”E
51°54’28.3”N 4°29’25.8”E
Falke Pisano’s work, Before the Law, invites you to huddle down, above ground level, just in front of the Court of Rotterdam but out of its line of sight. This is a specific setting of choosing at a time when the harm that is perpetuated by governmental, economical, educational and cultural institutions has once again become very apparent. The court shares certain aspects with the these very institutions that have recently been confronted with a demand for change— as articulated in popular movements like Black Lives Matter and #metoo—as all cultivate a mythical promise of a common good while being closed off and procedurally inaccessible to the majority of citizens. It has become more and more clear that to engage with these institutions involves a personal risk that is bigger for some than for others. It is also clear that refusing to engage with them is not an option either.

The title Before the Law is borrowed from the parable by Franz Kafka, which tells the story of a man who requests entry to the law. Similarly to the fate of the character in the parable, today’s institutions have been called out for their strategies of individuation—that is, the way in which they reconfigure instances of complaint into ‘personal problems’ held on part of the complainee, rather than structural ones that need to be addressed by the institution itself. To ask an institution to respond to an injustice, therefore, often results in the exhausting process of pointing out the problem of the institution to the institution. And, as Sarah Ahmed wrote in Living a Feminist Life, ‘When you expose a problem you pose a problem.’

The installation Before the Law is situated (and creates a virtual line of sight) between the executive centre of the institution (the court room) and a private space, created when on one’s own and sheltered by the bridge. Through this line of interrelation, Before the Law imagines the possibility of conjuring a complaint that forces the institution out of its own language of dismissal, and instead urges it to reorganise itself around the human needs of those it apparently works to protect and support. In doing so, it works against individuation and celebrates collectivity, knowing that we have the capacity to sustain such complaints—even despite the awareness that an abstract system will never agree to dismantle itself—through taking up this work together, both outside and within the institution.

As a third component of Before the Law, Falke Pisano’s essay in the exhibition catalogue forms an accompanying reflection, giving access to a more intimate side of the process of making the work—a process from which the audio piece sprung.